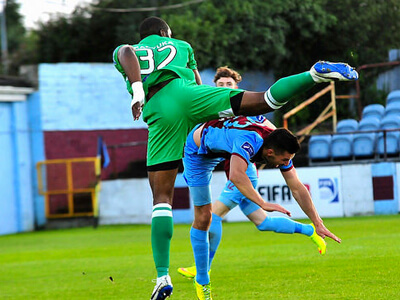 The Myanmar-based club Shan United have added central defender Patrick Kanyuka to their roster from Limerick ahead of the start this weekend of the 2016 Myanmar National League season.

Kayuka has previous experience in Asia, having played for Thai club Roi Et United for two seasons, before appearing on trial for Limerick in their friendly against MK Dons in July 2015. The Congolese defender later signed on for the SuperBlues and made his debut in Limerick’s first league win of the season when they beat Sligo Rovers 3-2 in August.